I call this typical or common Venus Fly Trap "1955" because I purchased 3 rhizomes in a package from the Woolworth Five and Dime store on Shattuck Avenue in Berkeley, California in 1955. I have grown these very same plants since 1955. As I moved around, I found it easy to keep the original plants in this undrained plastic planter box which is 22 inches long x 6 inches wide x 4.5 inches deep. I simply add rain water to the 100% Canadian Sphagnum peat when it feels a bit damp to the touch. I replace the peat and divide the plants every couple of years. The photo above was taken on March 28, 2008 as the plants were coming out of winter dormancy. 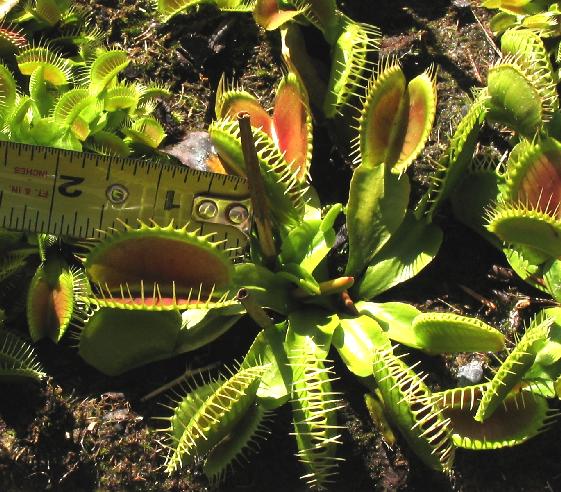 The plant above was grown outdoors in my artifical bog (see below). These photos were taken on 14 September 03, except the photo of the flowering VFTs was taken on 6 July 04.

The bog in the photos below was constructed by digging 3-foot by 4-foot by 18-inch deep holes which was lined with black plastic sheeting and filled with Sunshine brand Canadian sphagnum peat. In spring 2000, the bog in the background was constructed and planted with Dionaea, Drosera, Sarracenia, Pinguicula, and Darlingtonia. By spring 2003, the Sarracenia had overgrown the less tall plants and was shading them out. I then constructed the bog in the foreground and transplanted the Dionaea, Drosera, and Pinguicula into the new bog. The Dionaea take up about half of the new bog with over 100 plants that are either seedlings or divisions of three VFT plants that I purchased in Berkeley in 1955. 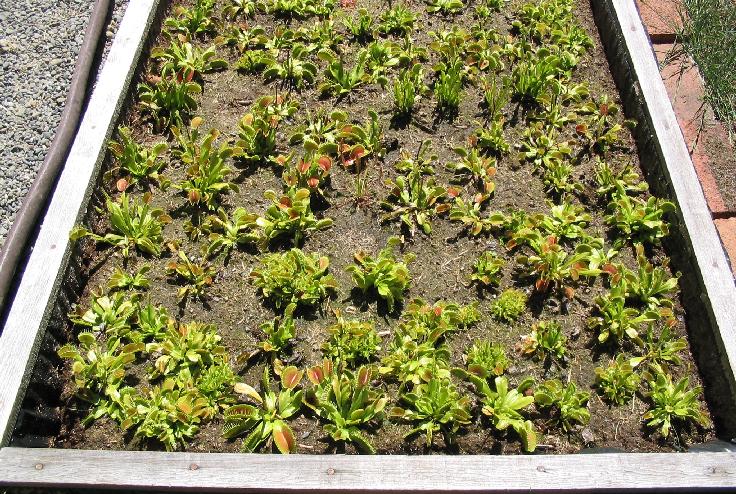 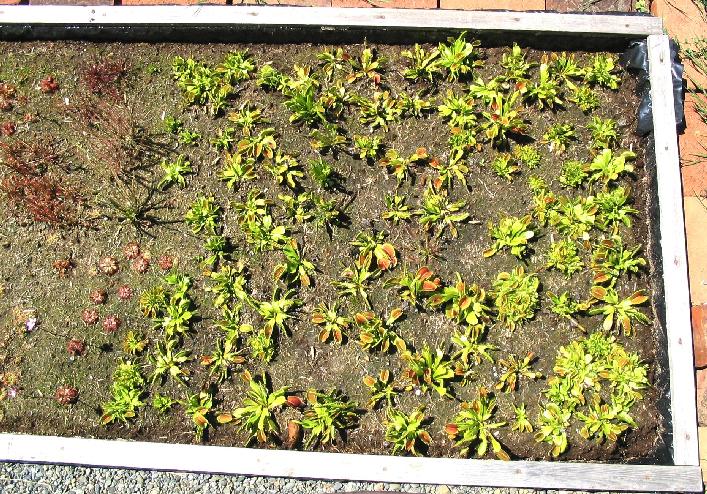 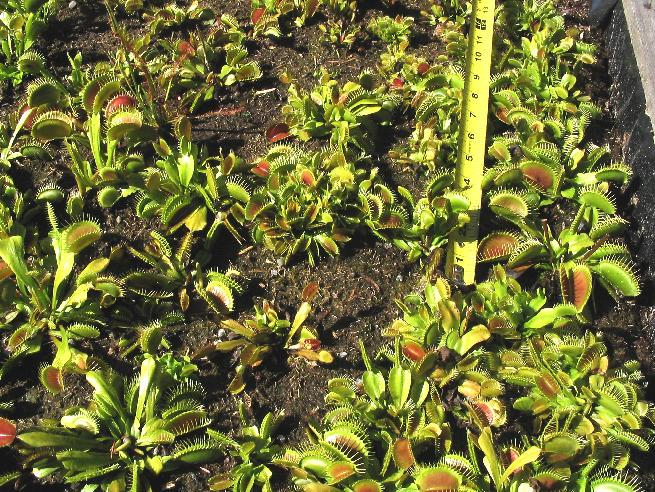 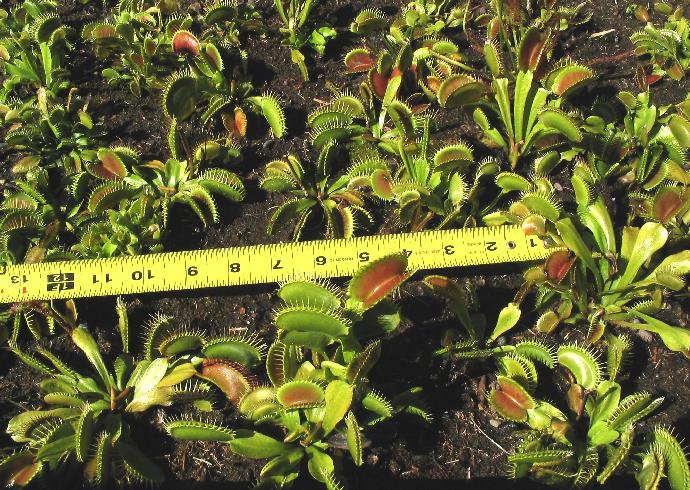 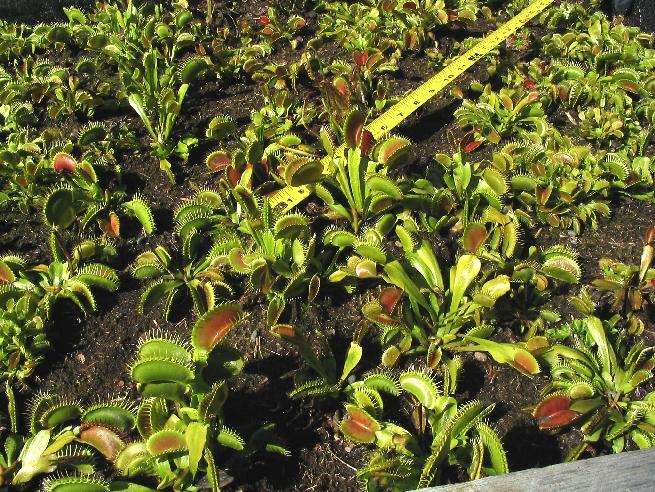