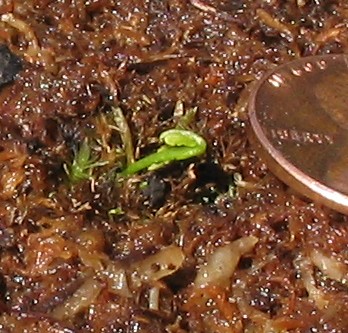 This VFT 'Wacky Traps' was obtained from Ed Read on 26 March 04. This photo above was taken on 27 March 04. Notice that there are only two small leaves.

By 26 June 04 (photo below), the plant was healthy and growing steadily. 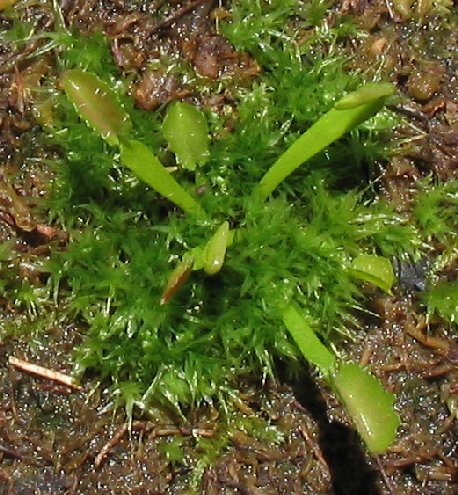 By 27 August 04 (photo below), the plant is still growing steadily. 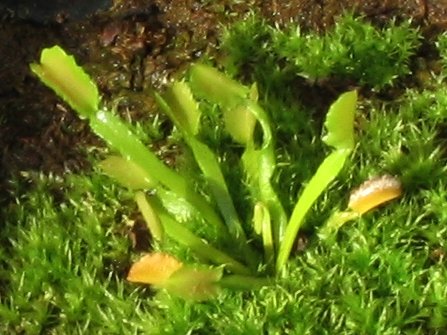 Below is the plant on 14 April 05. It is now about 3 inches across and new leaves are emerging as it comes out of winter dormancy. Notice the strange placement of the trigger hairs. This placement is consistent on all traps. 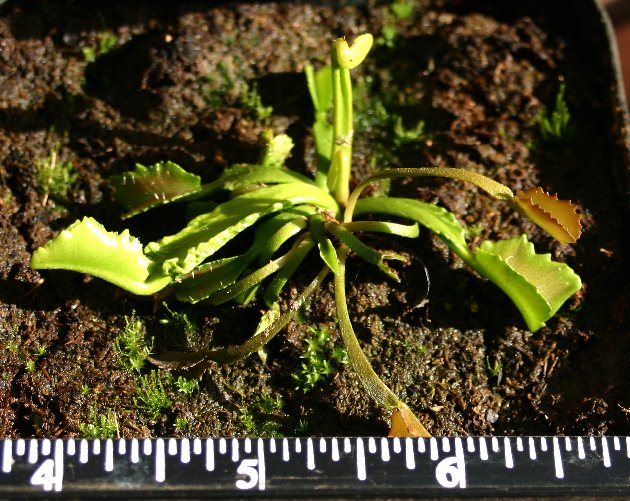 By 29 June 05 (below), the plant is out of dormancy and actively growing. The traps and petioles are much thicker than "normal" VFTs. The trigger hairs are much less responsive and trap closure is very slow, taking several minutes to close, even after repeated teasing. 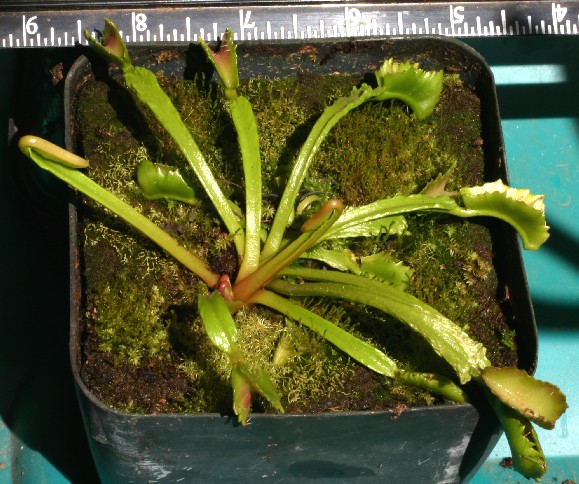 During winter dormancy in 2005-06, the plant reduced in size. In spring, unlike most of my other VFT clones, this plant did not divide. February 2006 was unusually mild and sunny and the plant began to put up a huge flower stalk. Then from the end of February through early April, the weather turned cold and cloudy with rain almost every day, The flower stalk stopped growing for 6 weeks. The photos of the flower bud were taken on 2 April 06, the flower on 17 April 06, and the flowers on 1 May 06.

DISASTER STRIKES! On May 14, while pollinating the flowers, the pot fell off the table and landed upside-down on the floor breaking the flower scape completely off. This was devastating because the ovaries were swelling nicely and a good crop of seed was on the way. Now, I will simply have to wait to see of the poor plant survives. BUMMER!

The plant is still struggling on 4 July 06 (below). 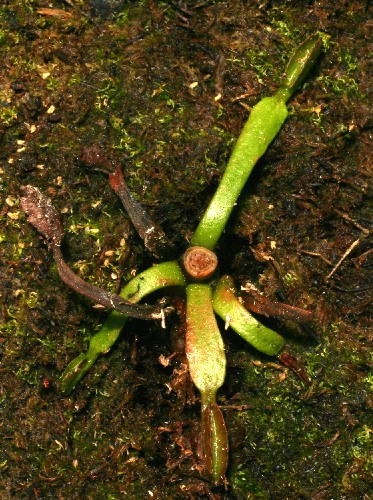 All of the leaves died, leaving a hole in the peat where the scape was. Then in early September, the plant began to put out new leaves. By 25 September 06, the plant was well on its way to recovery (below). 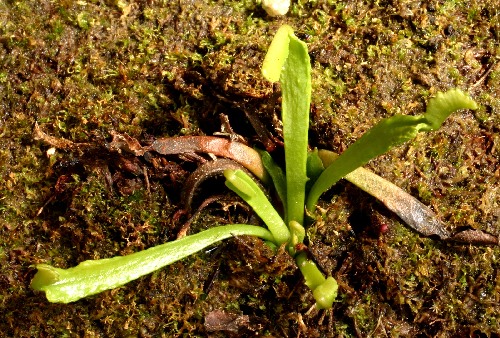 The photo below was taken on 3 February 07 toward the end of dormancy. 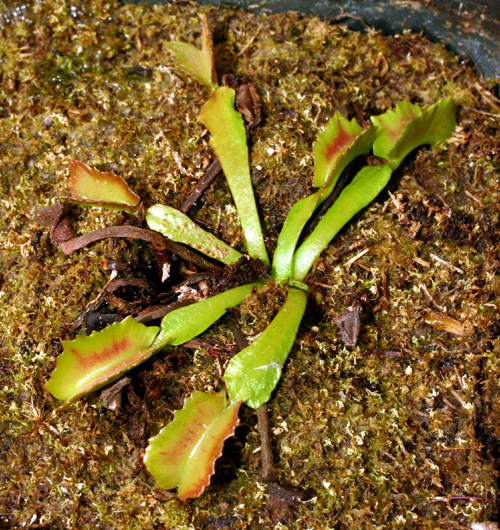 By 7 May 07, a new flower stalk was developing.

The only clone from which I have had trouble obtaining viable seed is 'Wacky Traps' -- although I am trying again this year. I think the reason is that the stigma appears to be deformed and perhaps not receptive to pollen. The pollen appears to be normal, but this year I am trying it on a different Dionaea clone to see if I get viable seed. Noter the deformed stigma in the photo below (taken on 15 June 07). 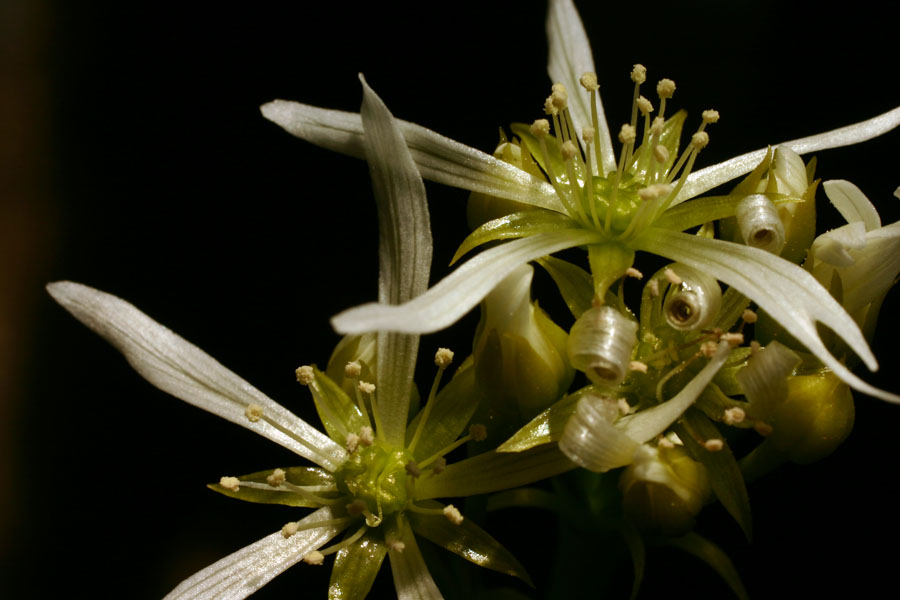 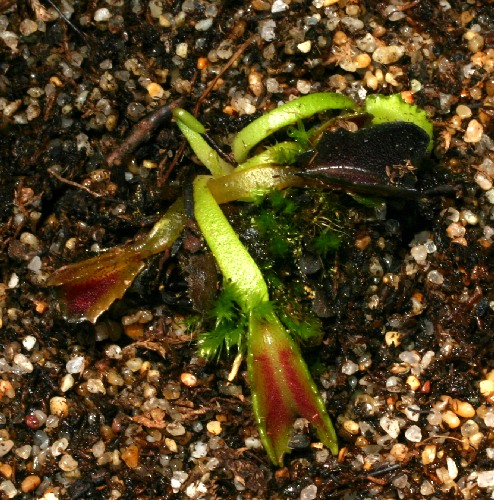 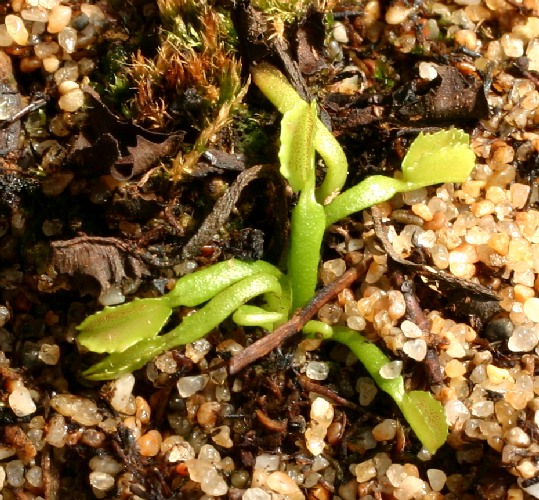 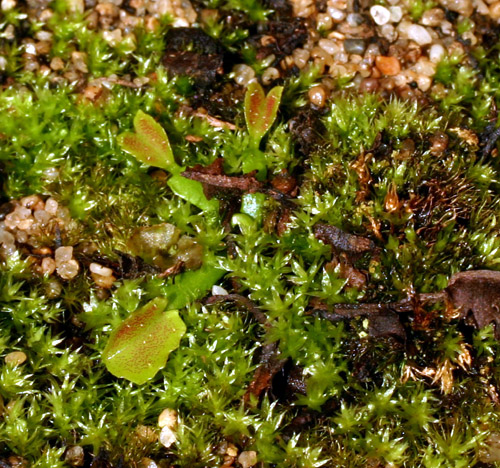 Here is what Ed Read says about this plant. "I can tell you the history of the plant I have. I got it from Mike(?) who got it from his dutch friends who have a nursery. The nursery propagates thousands of vfts from tissue culture and had a tray of a bunch of mutants. This plant was the only one he got. He named the plant he gave me "Wacky Traps." I later looked at it and said the traps look like Barts hair. I guess I'm not the only one who thought that since the name is going around. Of course I'm going on the assumption that these plants are the same."