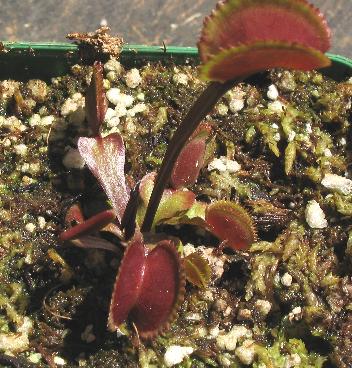 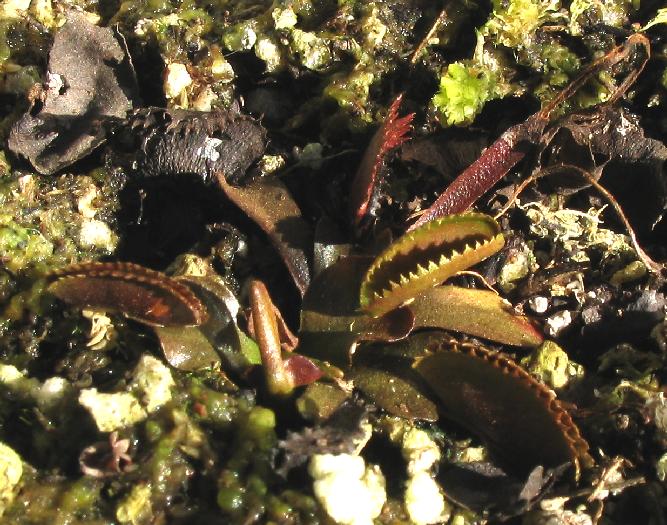 This is the plant during winter dormancy. The photo above was taken on 31 January 04. 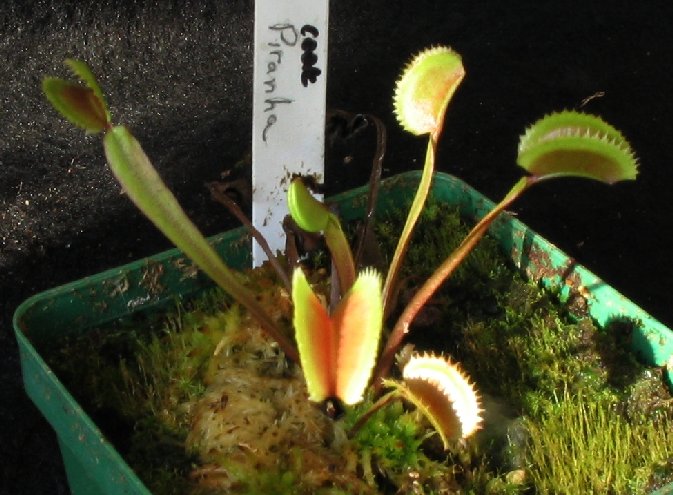 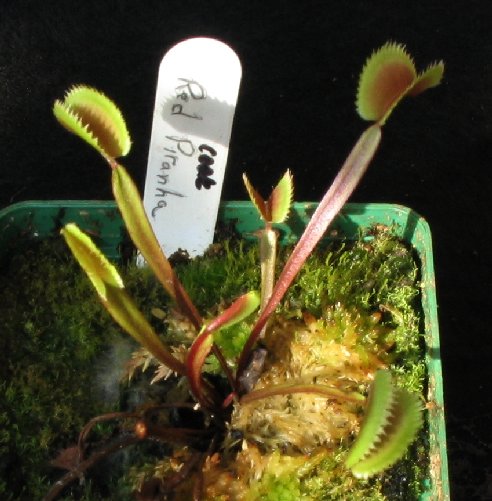 This is the plant during summer. The two photos above was taken on 27 August 04. The photos below were taken on 11 June 05. 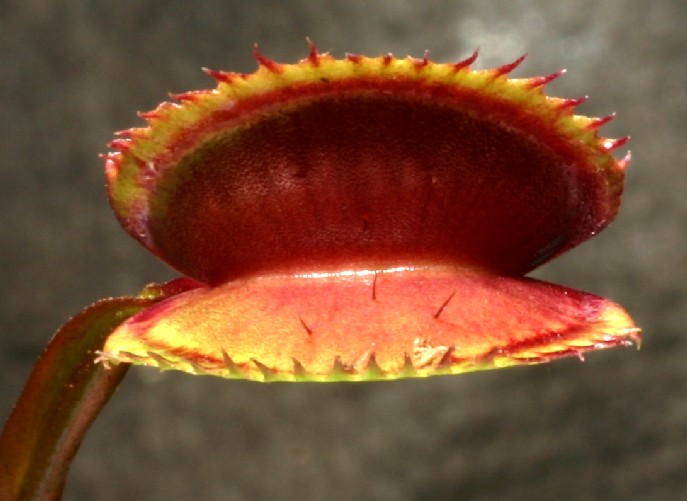 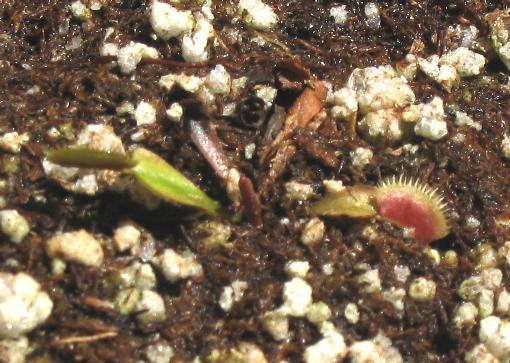 The ICPS database has this to say about 'Red Piranha': "(...)The plants varied greatly in trap bar (cilia on leaf margin) size and shape, but one plant in particular was just what I wanted. Because it is red and has trap bars that look like piranha teeth, I named it [Dionaea 'Red Piranha' {E.Read}]. As with other red Venus Flytraps the intensity of red coloration varies according to cultivation and season. It has been noted by growers who cultivate it next to other popular red Venus Flytraps that its red coloration equals, if not supercedes, their red color. "