This VFT "Pom Pom" was received from Lois Ochs on 21 May 2010. The original leaves died back, but new ones are now emerging. The photos were taken on 9 July 10.

Also known as "Hedgehog" and "Scrub Brush". I know of three people who had "Pom Pom" VFTs. The plants emerged independently from each other. All were TC accidents. All plants went back to normal growth after some time, a year or so. It will be interesting to see how my plant develops over time.

So, here is the same plant on 6 May 2011. The traps did indeed revert to normal traps. 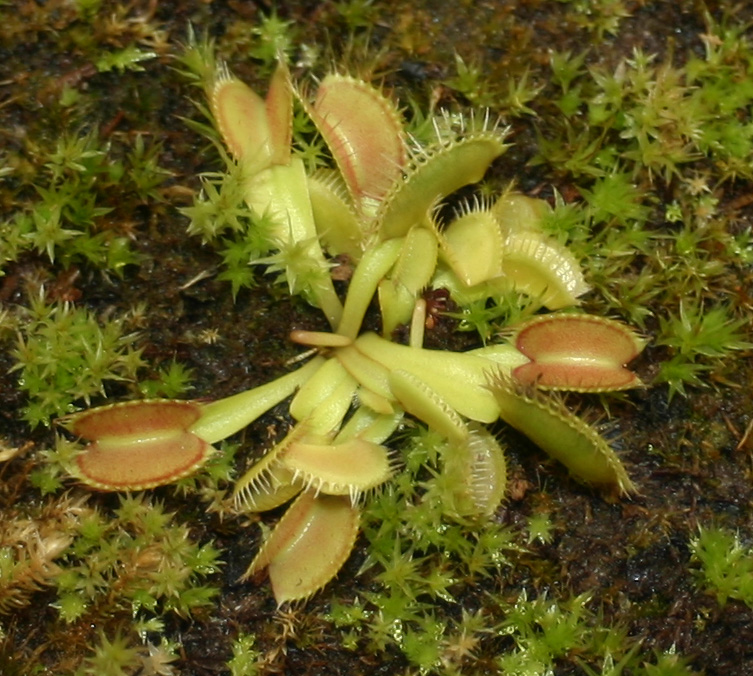