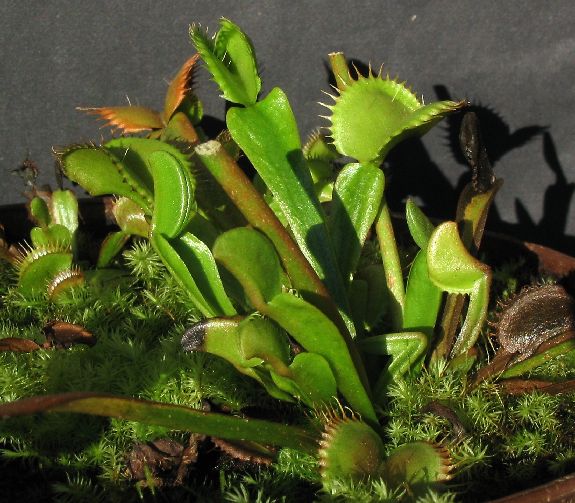 This VFT 'Jaws' was obtained from Leo Song several years ago and has been divided several times. This photo was taken after seed had ripened on 15 August 03. 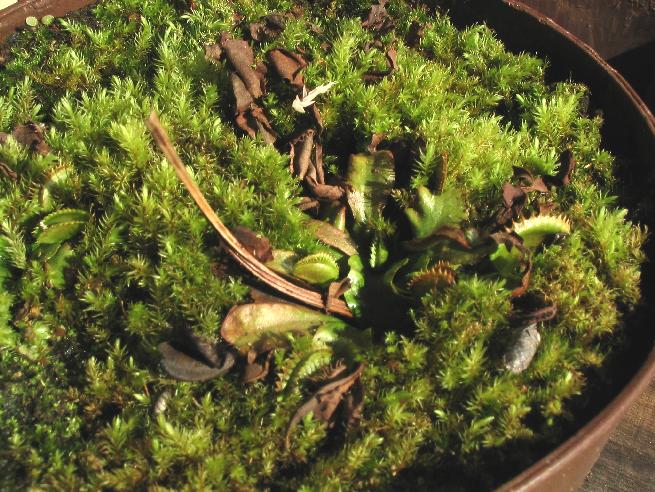 The plant above was in during winter dormancy. The photo above was taken on 31 January 04. 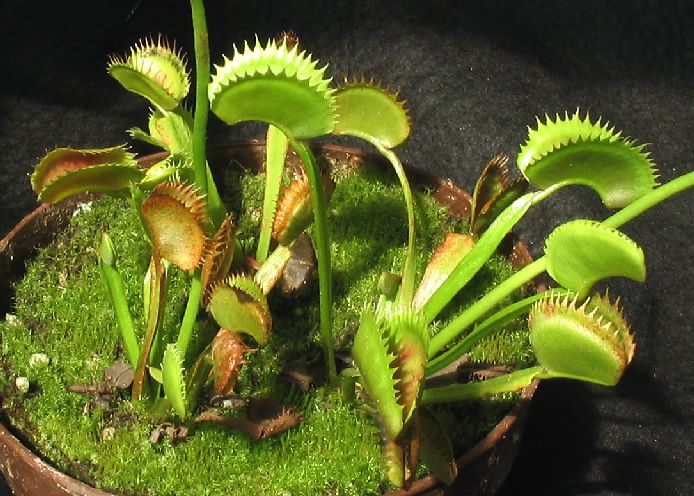 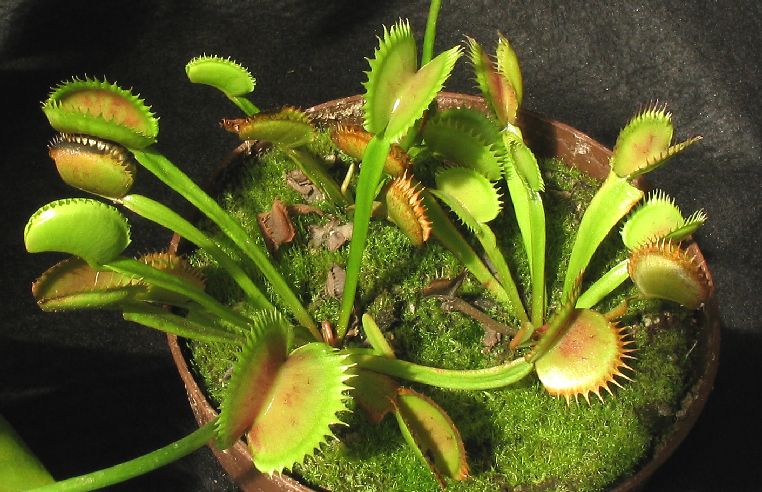 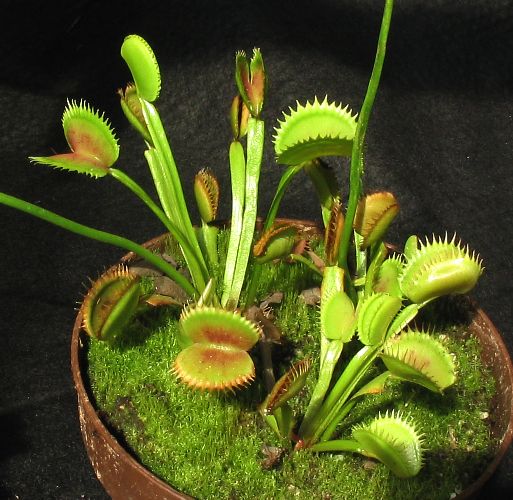 The photos above were taken on 8 July 04. 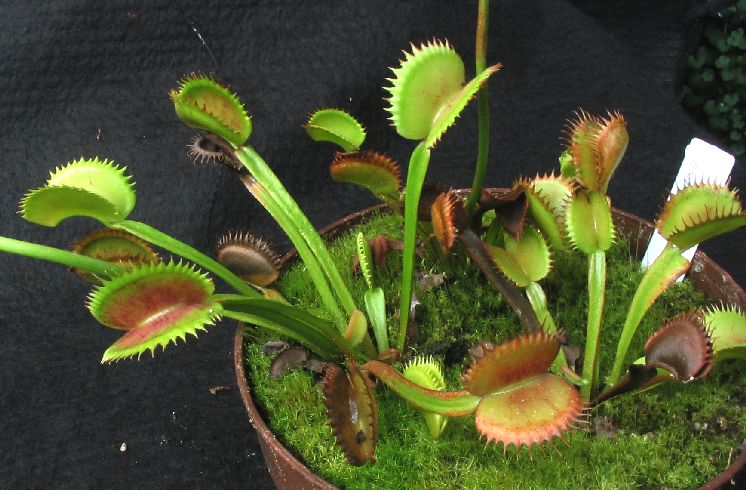 The photo below was taken on 25 September 06. 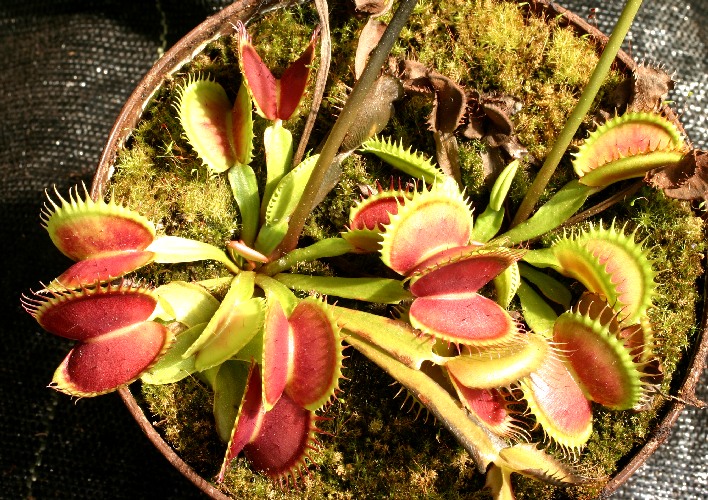 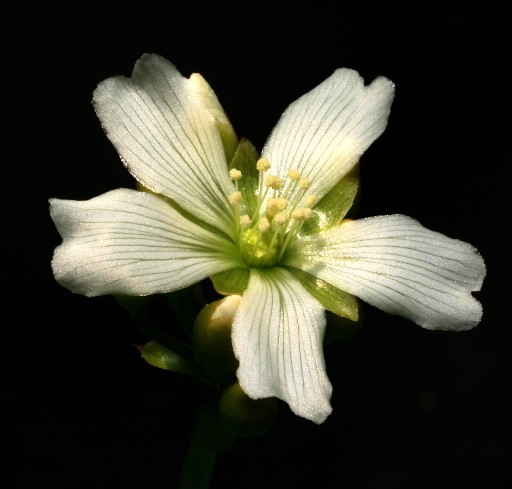 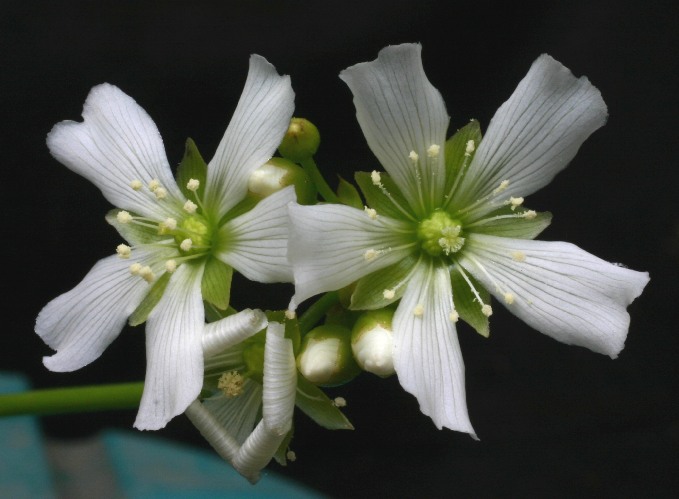 The ICPS database has this to say about 'Jaws': "I crossed [Dionaea 'Dentate Traps' {B.Meyers-Rice}], (...) with its marginal tentacles mutated into short teeth, with a plant we grow which is noteworthy for its consistently extra large, moderately red-colored traps. This plant was selected from the seedlings. The margins of the trap are dentate like the pollen parent. Like the seed parent, the traps are consistently large, with good coloration. The plant is vigorous and even though the traps do not have normal cilia, they do trap insects."