This VFT ‘Bohemian Garnet’ was received as "Red Sawtooth" on 10 October 06. The photos below were taken on 15 September 07. 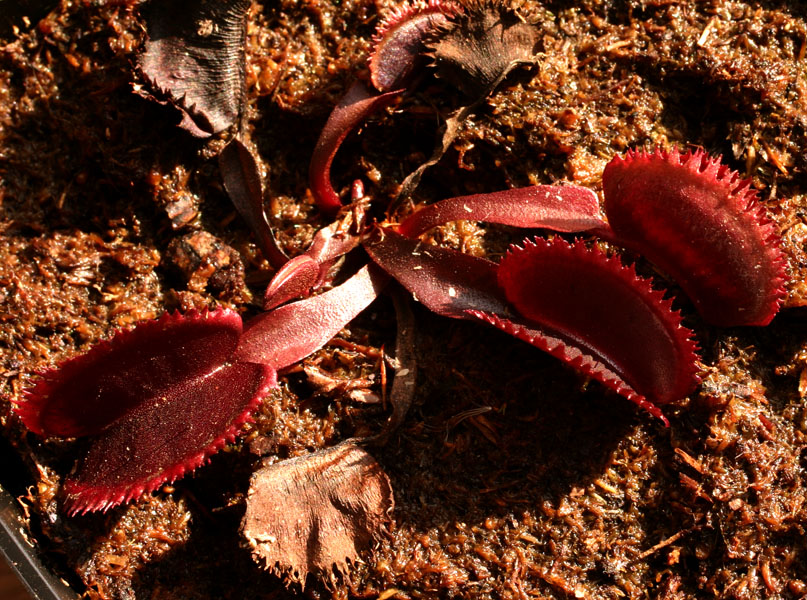 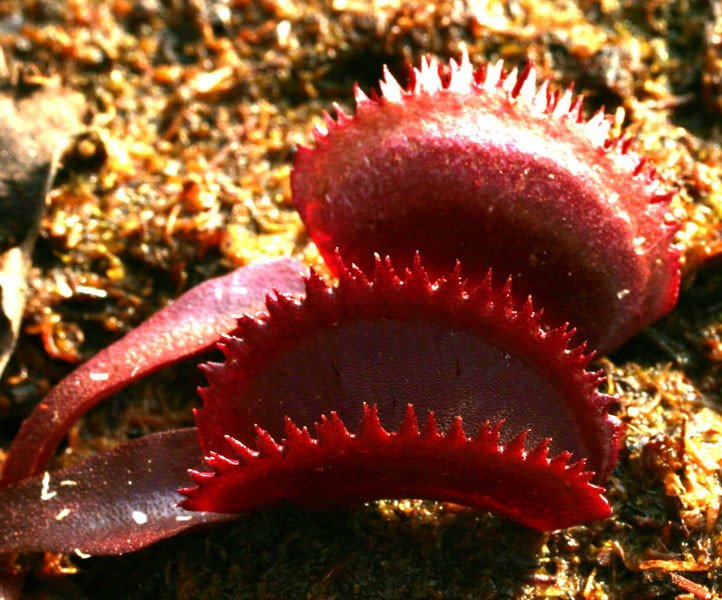 The official cultivar description states in Carnivorous Plant Newsletter:
http://www.carnivorousplants.org/cpn/Species/v36n3p68_70.html
This plant was obtained from an F2 cross between an all red clone (Dionaea ‘Royal Red’) and a more typically colored Dionaea ‘Sawtooth’ plant in 2000. It does not demonstrate any new mutation in general leaf form, but it does have new attributes which distinguish it from other, previously existing Dionaea cultivars. Establishing this plant name as a new cultivar will help keep proper order in the wide assortment of Dionaea muscipula cultivars already registered.
This new cultivar differs in its growth from other Dionaea cultivars in the following ways: