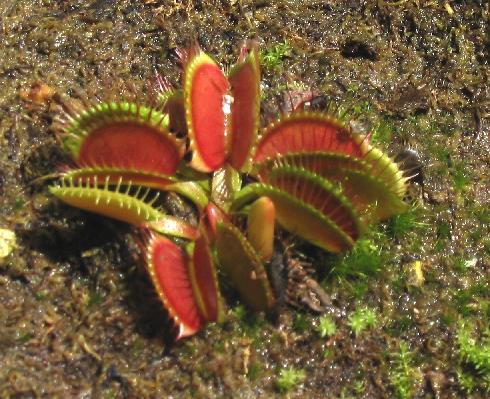 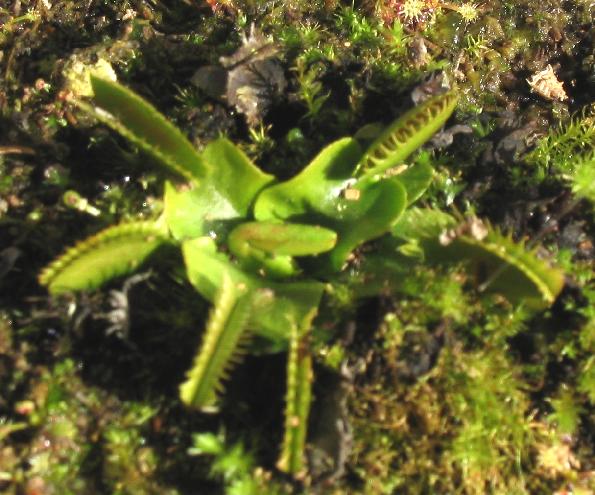 Above is the plant during winter dormancy, taken on 31 January 04. 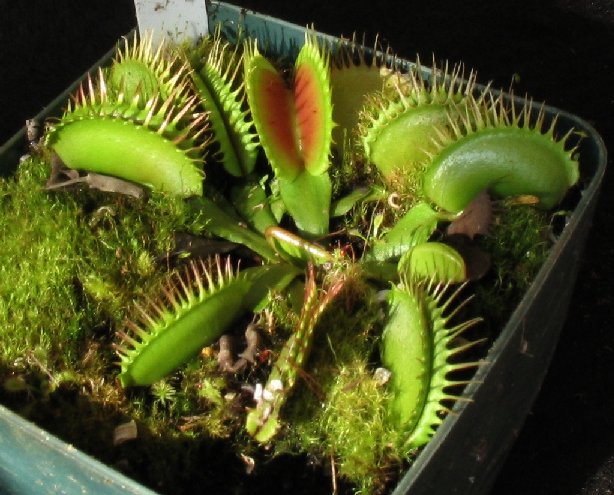 According to Alexis Vallance, U.K., "Fine Tooth + Red" is a cross between a sawtooth and some sort of reddish VFT. The resulting selected plant has teeth which are fairly triangular, like extended shark's teeth.