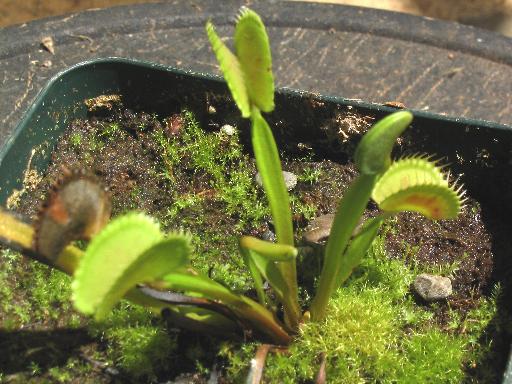 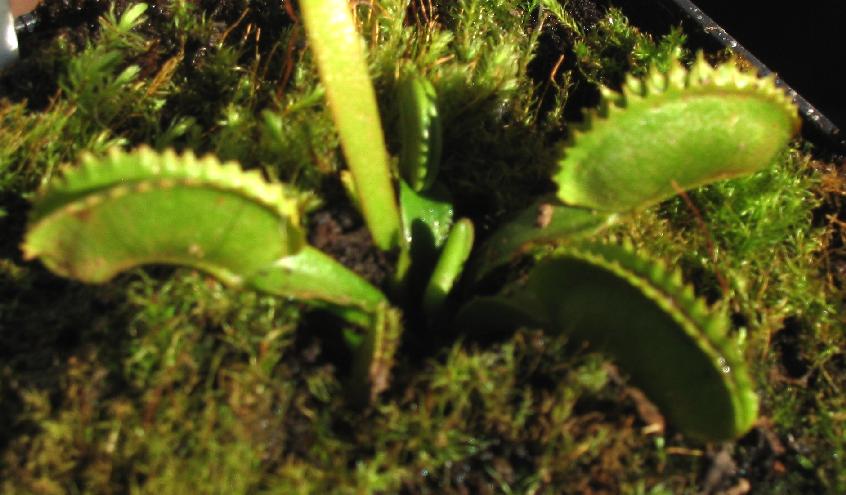 The plant above is during winter dormancy. The photo above was taken on 31 January 04.

The photos above were taken on 8 July 04. 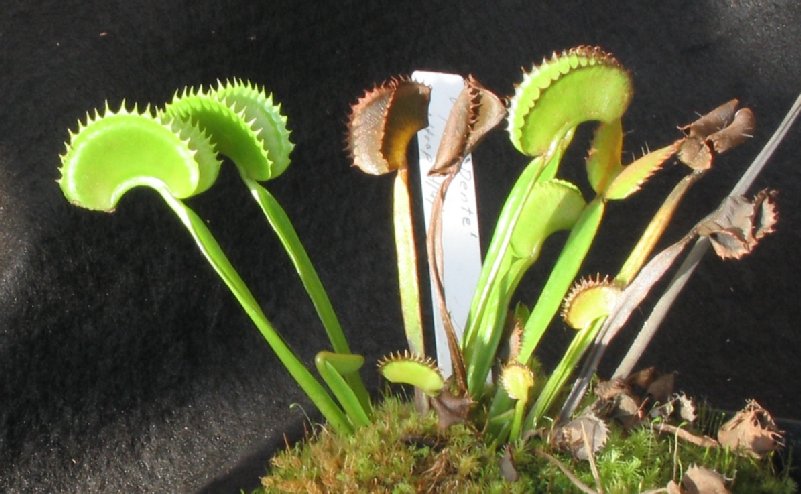 The ICPS database states for 'Dente': "Both (this and [Dionaea 'Dentate' {D'Amato}]) are tissue-cultured mutations. The teeth are numerous, short and jagged, like a beartrap." However. the database further states: "the established name for the same cultivar is [Dionaea 'Dentate Traps' {B.Meyers-Rice}]".

The database has this to say about 'Dentate Traps': "A wild collected [Dionaea muscipula {Soland. ex Ellis}] plant was selected because its marginal spines were noticeably mutated. Instead of being long and filiform (as is usual), the spines of [Dionaea ' Dentate Traps ' {B.Meyers-Rice}] are short and triangular. This feature is not always apparent on small traps, or those produced early in the season, but the traps on mature plants in full growth are unmistakably dentate."