I received a small division of a pink-flowered Sarracenia "Savanna Belle" from Bob Hanrahan in May 2008. The plant has some S. psittacina in it from many earlier generations as it is a multi-backcross to minor. The photo of the parent plant below was taken by Bob Hanrahan. 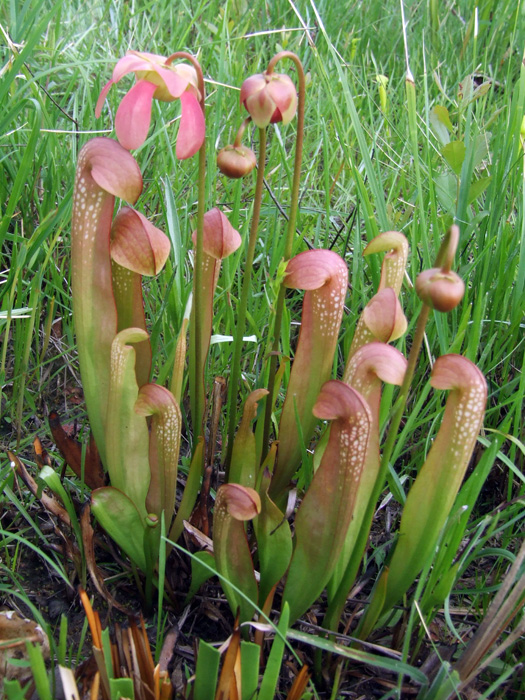 In May 2010, the division was mature enough to flower. The flower color is not as intense as that on Bob's plant, probably because the light intensity in Florida is higher than on my foggy/cloudy coast of northwestern California. 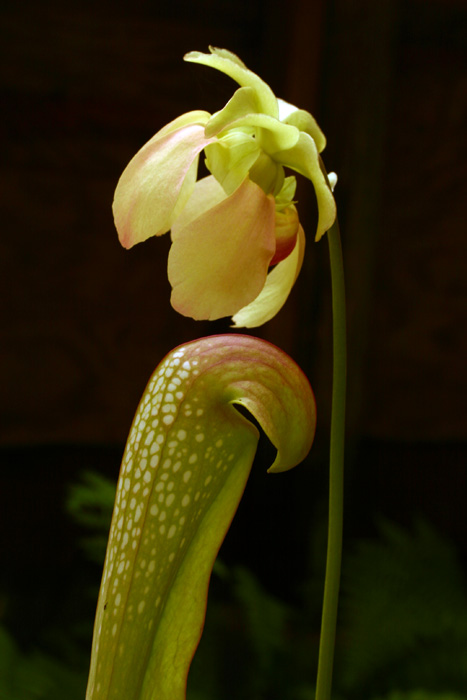 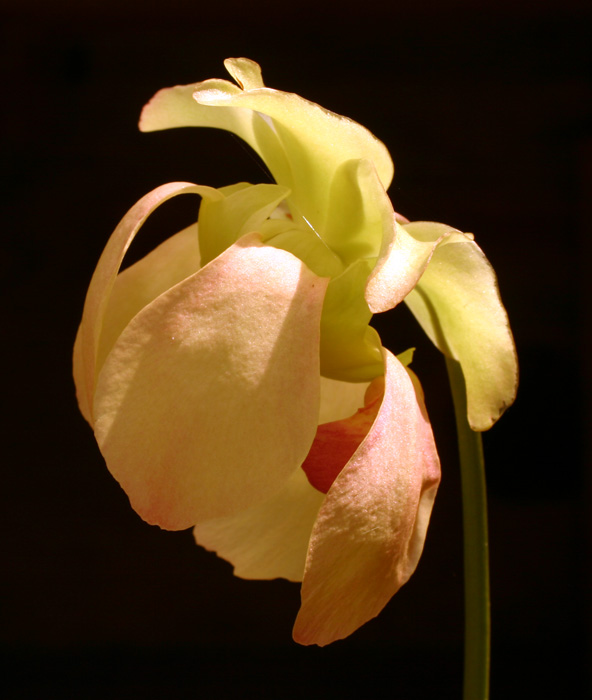