The plant below was received 10 October 2006 from Joseph Clemens. Joseph had been unable to get the plant to flower so he sent it to various growers thinking it might flower under differing growing conditions. When received, the plant was a dark burgundy red, but under the less bright light in my unheated greenhouse, the color became green. During fall and winter, the plant received natural daylength and temperatures (which occasionally reached mid-30s F.) 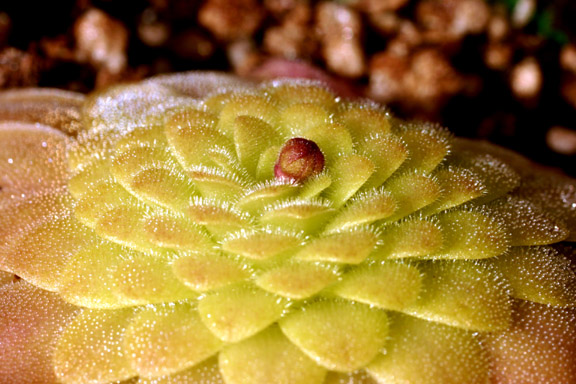 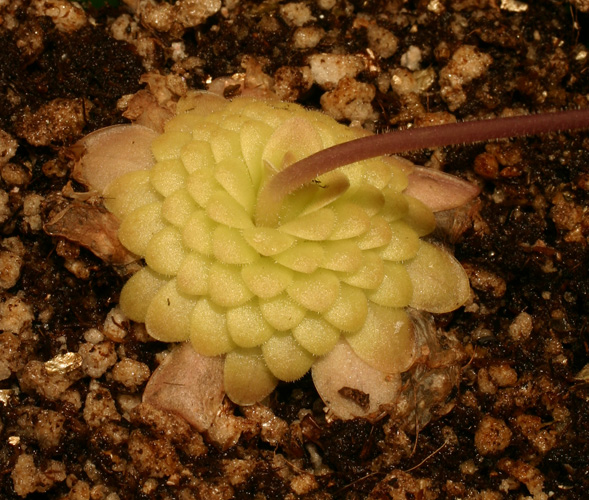 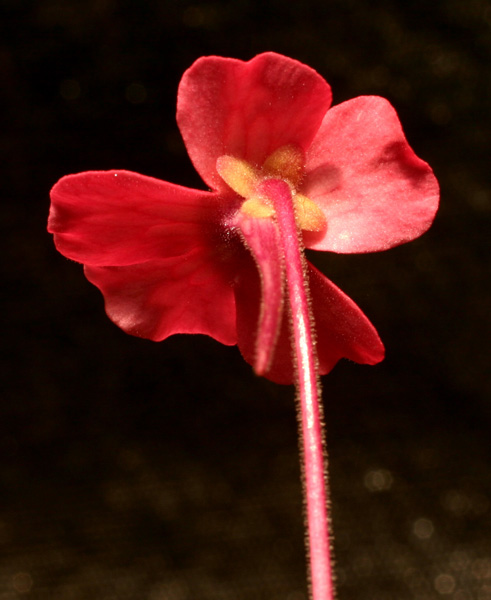