The plant above is from 22-year-old seeds that were from the 1979 ICPS Seed Bank. I discovered the seeds in a paper bag in the lunchroom refrigerator at my office. In spring 2001, I scratched the seed coat on fine sand paper until I saw white, then soaked the scarified seeds in water for 24 hours. I placed 100 seeds on the surface of moist vermiculite until they germinated. The first seeds began to germinate in 13 days and the remaining continued to germinate for several months. 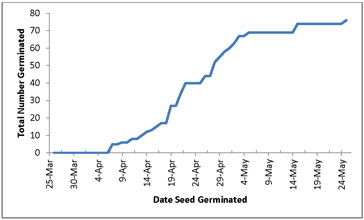 As the seed germinated, I transfered each to 10-inch pots containing equal parts of silica sand, perlite, and vermiculite. In total about 95% of the seeds germinated, although most damped off before becoming established. The top photo was taken on 8 September 03.

The photos below were taken on 21 March 04

The photo below was taken on 30 April 05 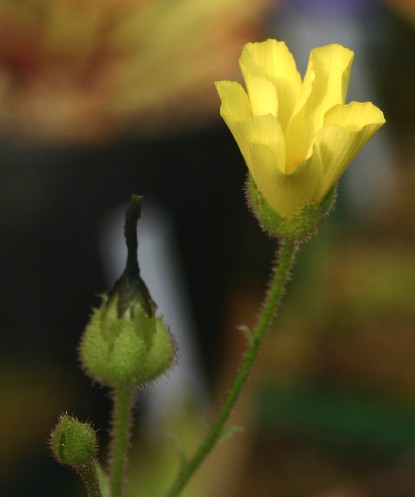