On 24 December 2006, Barry Rice sent me some seed that he collected from his Darlingtonia field research site that has the anthocyanin-free form, Darlingtonia 'Othello'. In spring 2007, 6 of the seeds germinated and slowly grew over the summer. The photo below of the seedlings was taken on 26 December 2007. 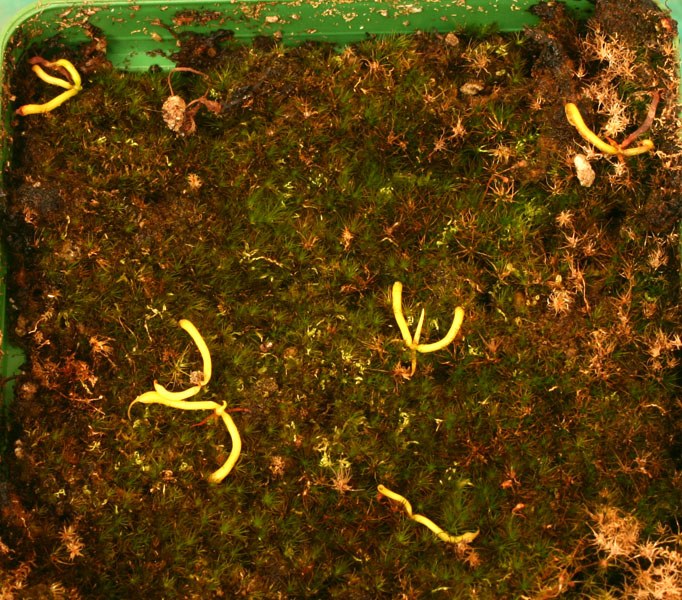 In late August 2009, 3 of the 6 seedlings had survived. The plants are still small and I transplanted them into a 6-inch pot containing sand, peat, perlite, and live sphagnum. The photo below was taken on 8 September 2009. 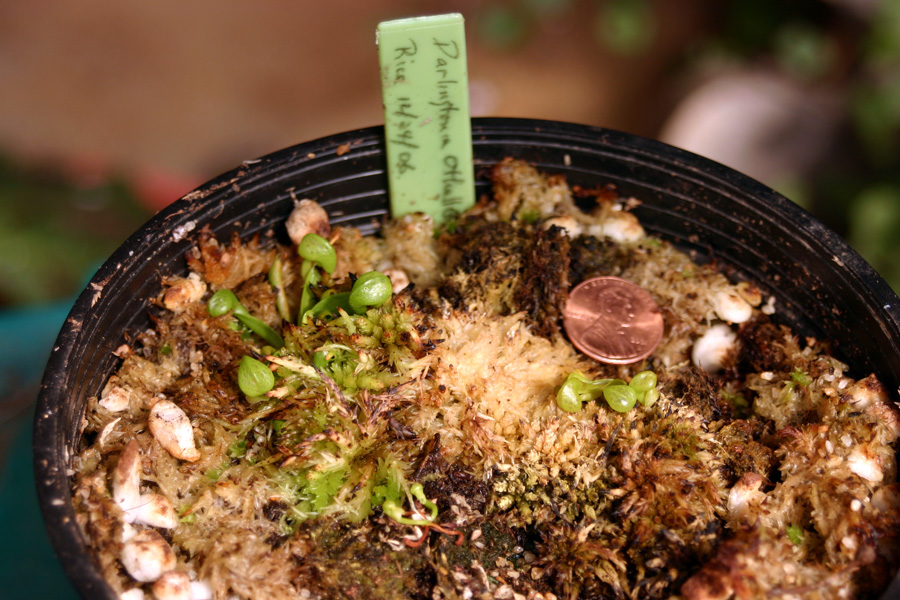