On January 10, 2008, Barry Rice and I visited the infamous Albion Bog as part of an ongoing survey of the exotic carnivorous plants that have been introduced there periodically since the 1970s. We observed a several square-meter area that contained a Drosera that we tentatively identified as Drosera trinervia. Seeds of Drosera trinervia were scattered in Albion Bog in 1987.
A Field Trip to Mendocino 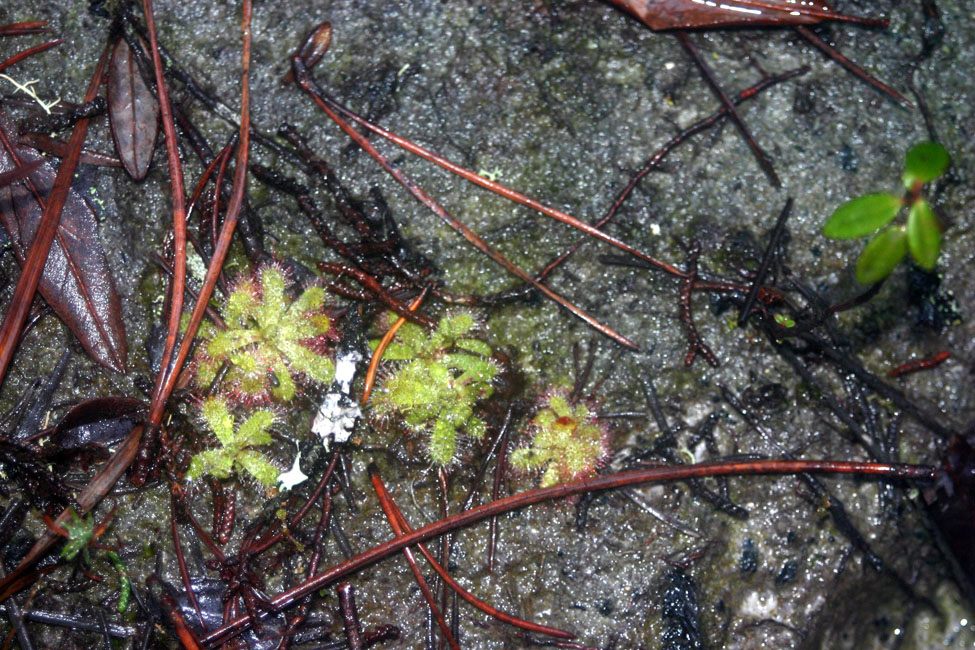 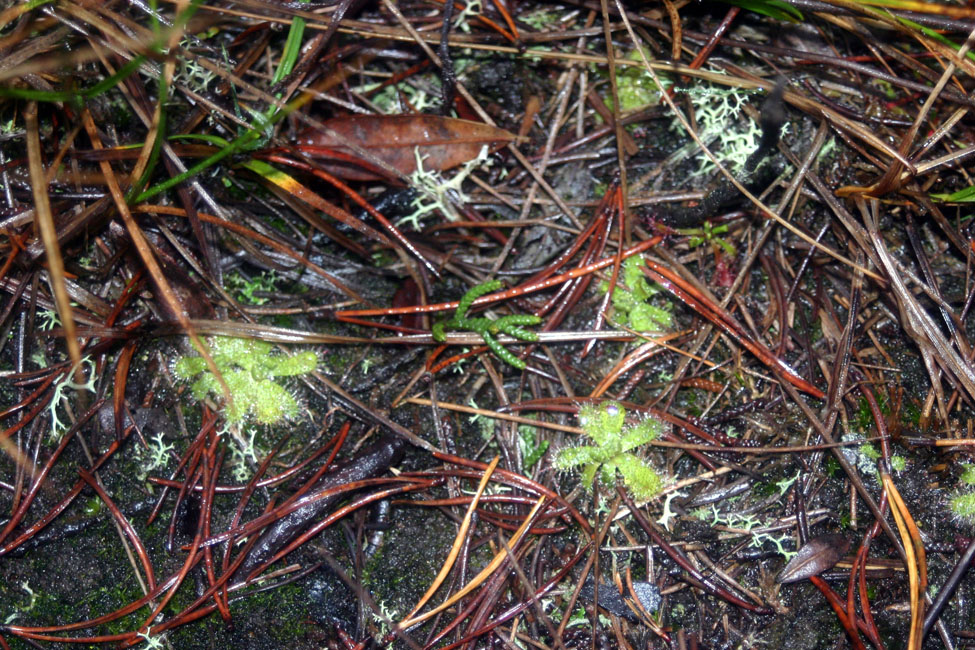 One of the objectives of the survey was to collect herbarium specimens to deposit in the UC Davis herbarium as an item of historic record. Three plants were collected to be grown in the greenhouse to verify identification once they flowered. 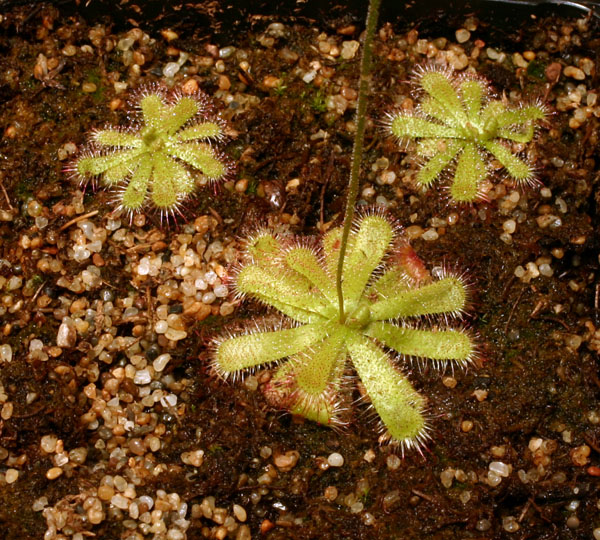 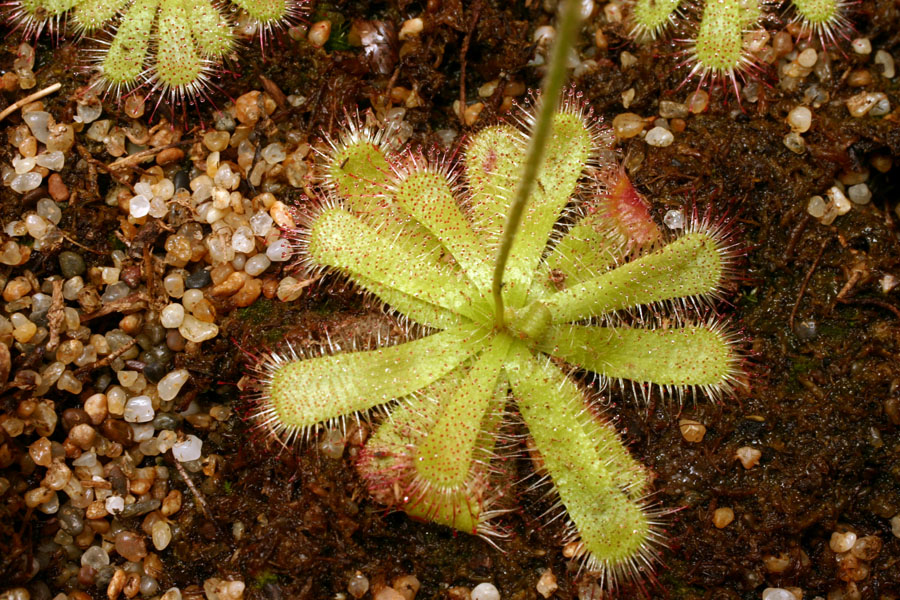 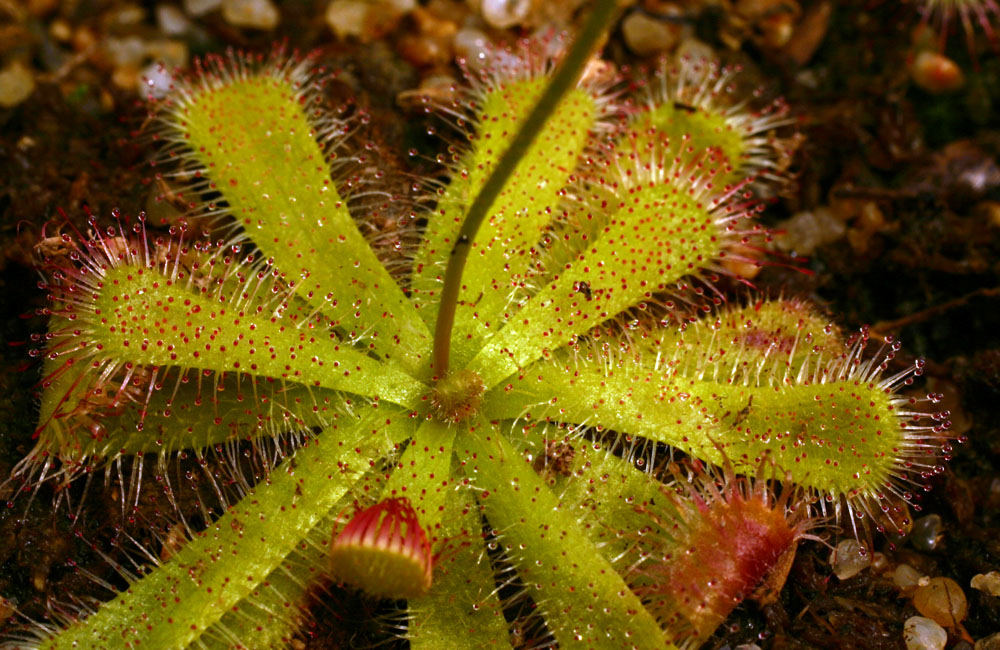 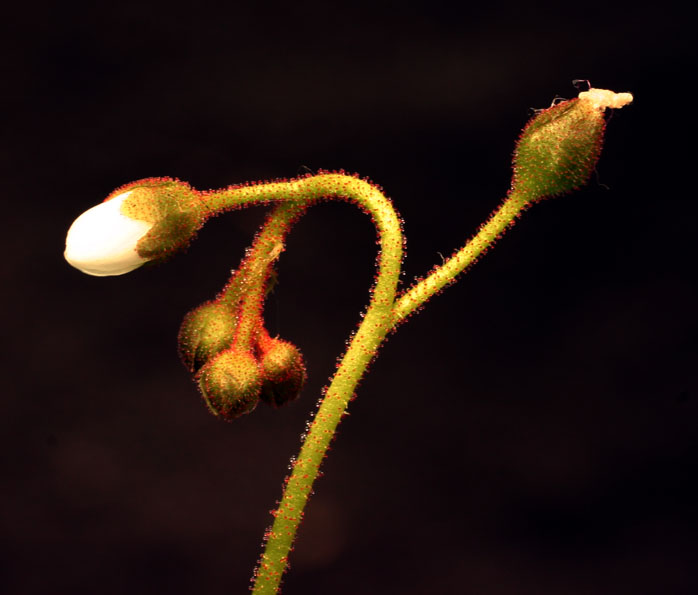 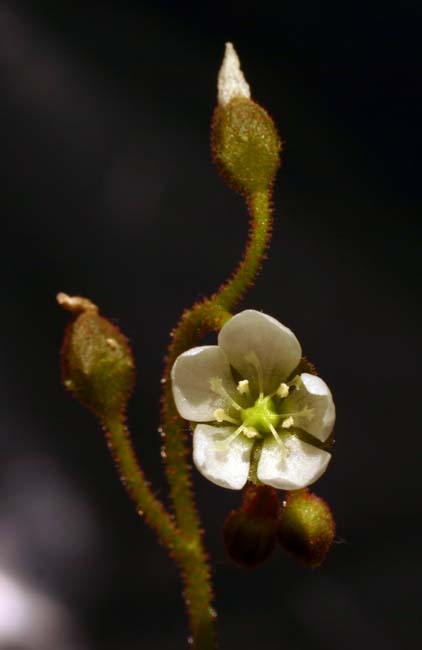 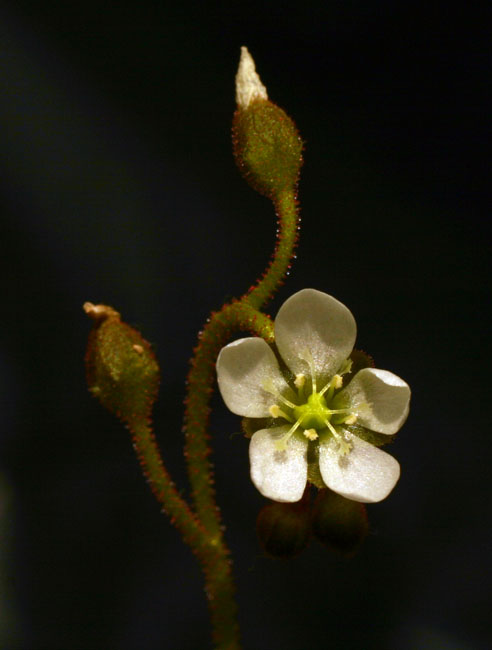 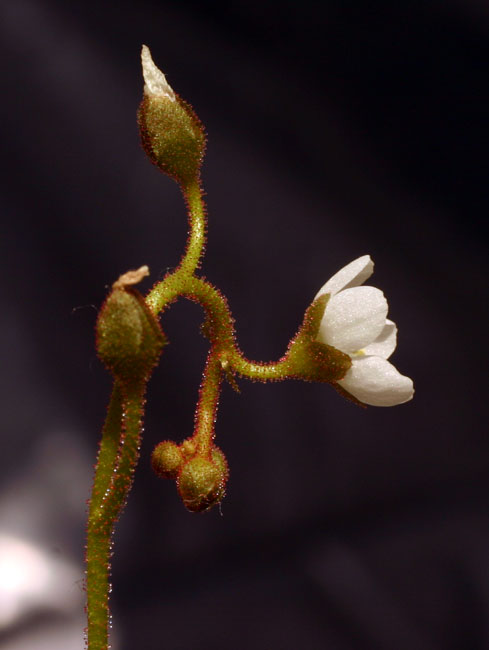 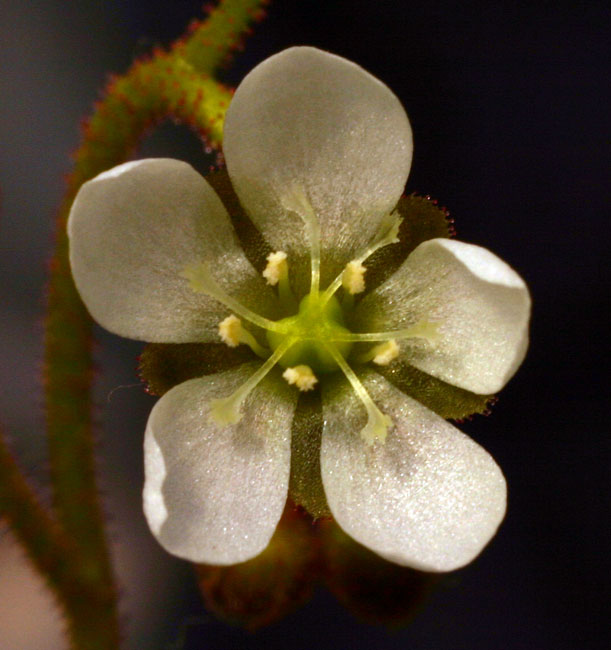 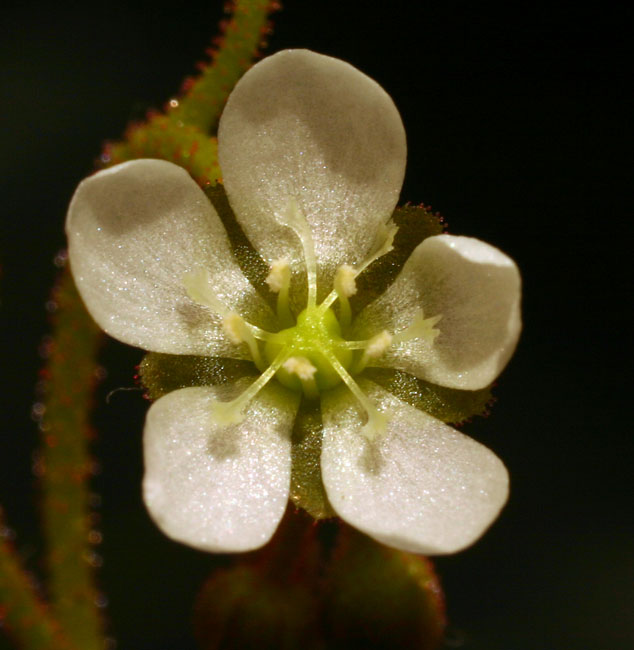 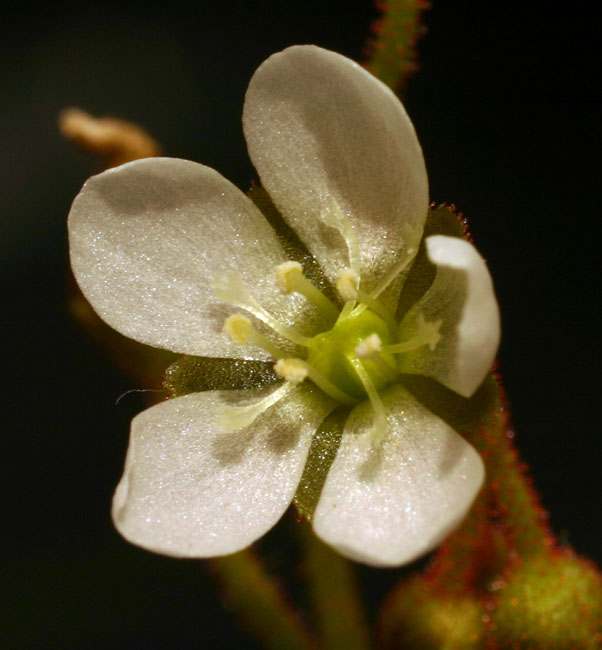 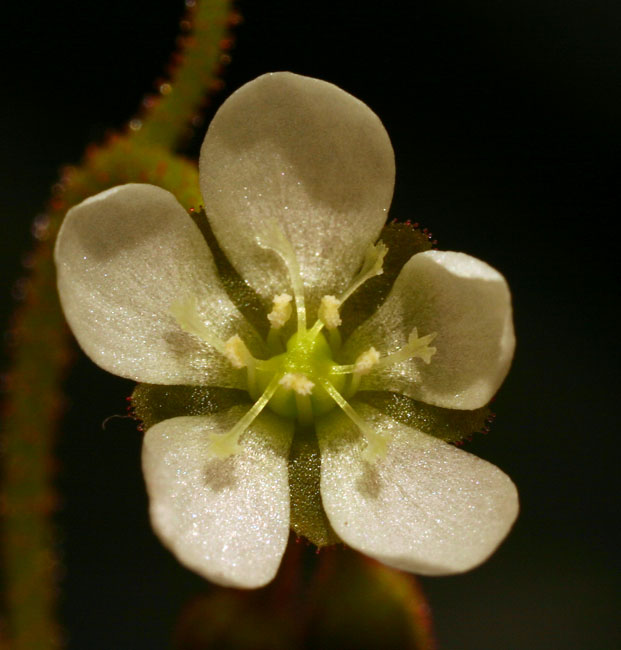