This plant was received from Joseph Clemens on 9 February 2004. It has grown alongside a Drosera regia plant obtained by Humboldt State University from California Carnivores both at the HSU greenhouse and in my unheated greenhouse at home. There do not appear to be much difference in appearance between the two clones. However, in spring 2005, the 'Big Easy' at my home flowered, whereas the other clone has never flowered. The main difference between the two locations is winter temperature. Minimum temperature at HSU is mid 40s F, whereas at my home it is low 30s F. Perhaps the cooler temperatures triggered the flowering. 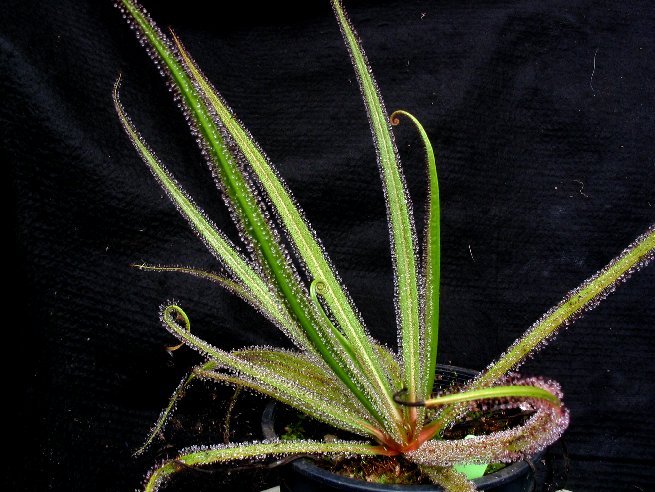 The photo above was taken on 1 April 05. 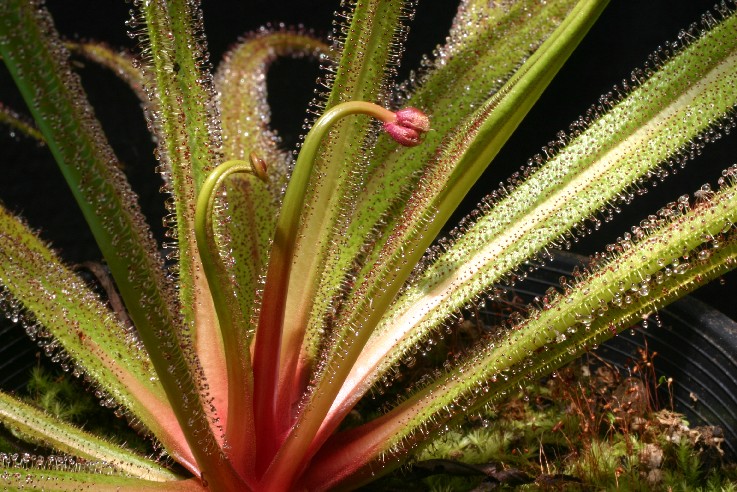 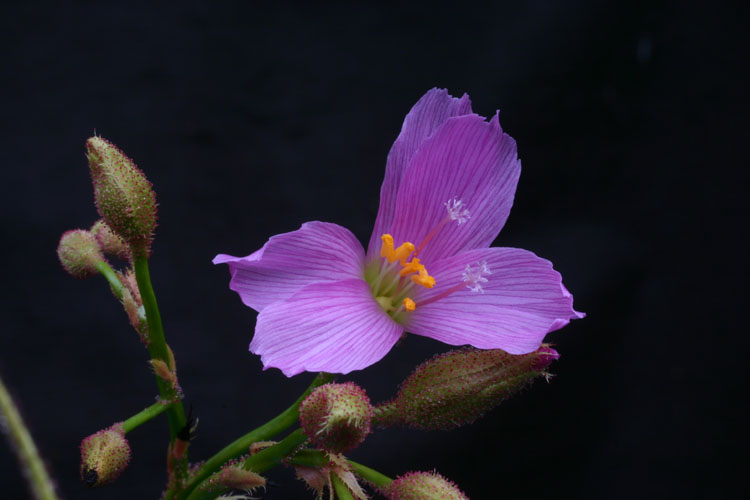 After the 'Big Easy' flowered, it died back a bit during summer. By September 20, there were many plantlets emerging from the pot holes. From these, I extracted about 15 individual plants. 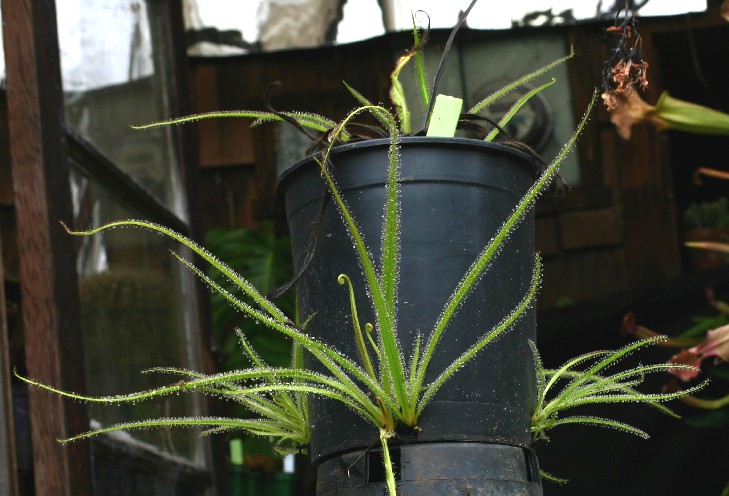 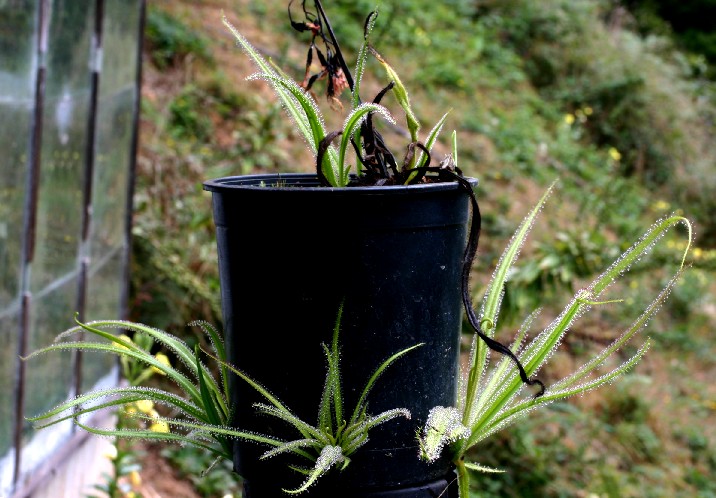