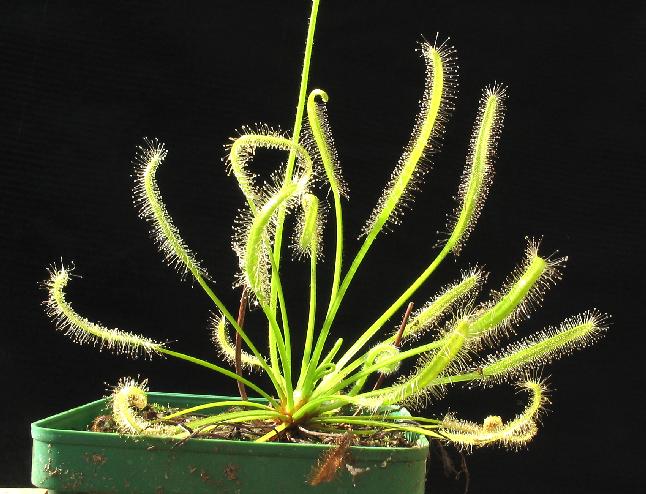 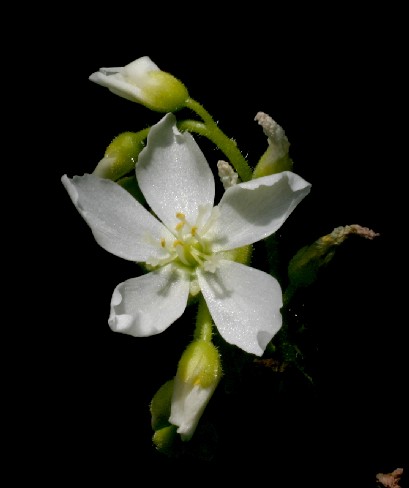 The ICPS database states: "After "growing-on" it became obvious that one plant was unusual for it presented a white flower and not the usual pink colour. The plant was propagated further by leaf cuttings and seed and was found to breed "true" (i.e. white flowers were produced). Another and probably more significant feature of the described form is the lack of red colouration in the leaves and tentacles under various lighting conditions, including strong sun."