This plant was received as a small offshoot from Leo Song, California State University, Fullerton, in 1999. The photo of the plant and flower was taken on 31 July 03, the dried flower and seed on 31 October 03. 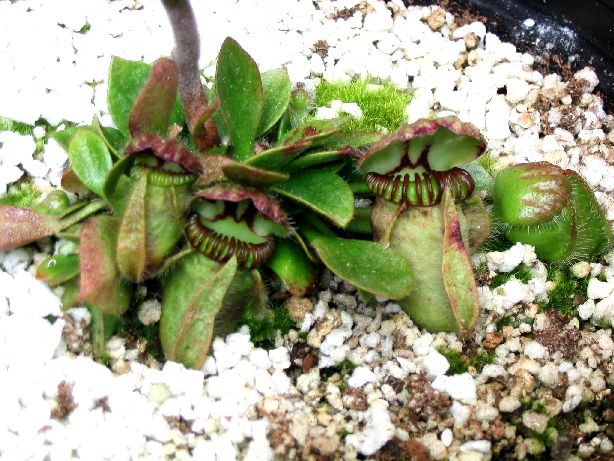 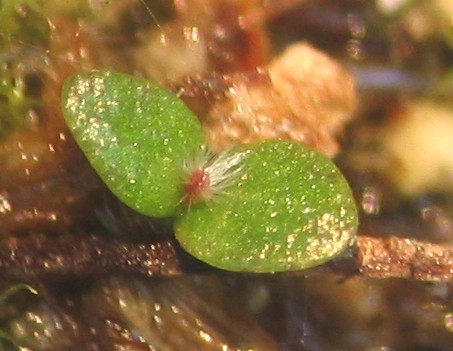 On 25 May 04, I counted 11 seedlings in the 4-inch pot. One of those seedlings appear to have germinated recently because that plant had only two cotyledons.

By 22 July 2004, the seedlings (below) had grown more and were beginning to develop traps that appear more mature. 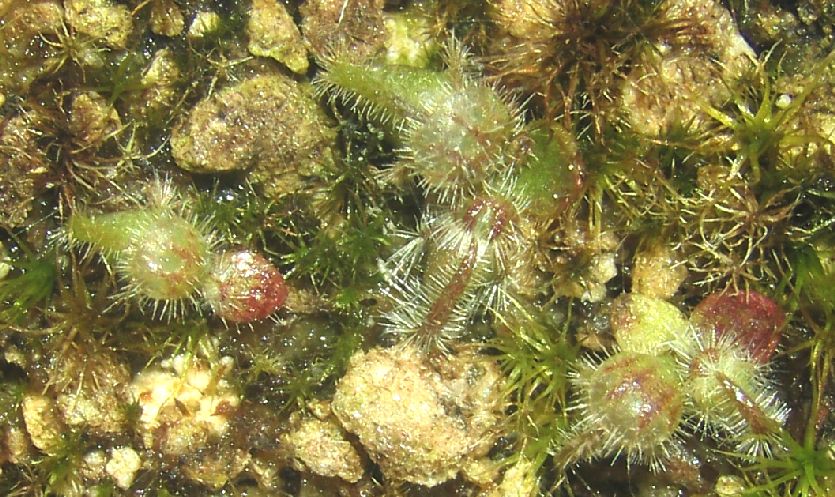 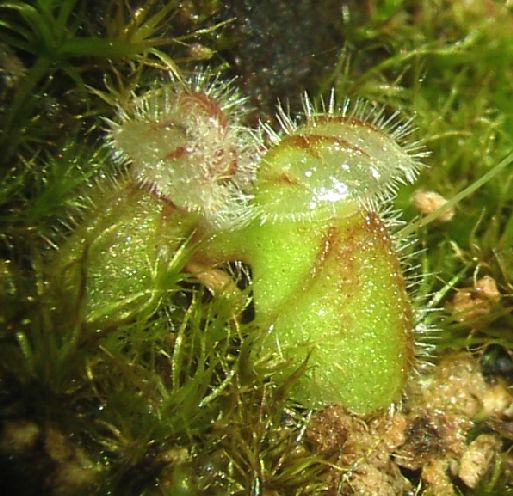 By 23 September 2004 (below left), the seedlings had grown more and, although still small, were now more easily seen in the pot. Some of the seedlings now have 7 traps. At this time, the plants have no spatulate leaves, only traps. By 4 August 06 (below right), the plants had grow.

By 2 May 2005, the seedlings (below) had grown more. The invading sundews are D. sessilifolia.

In January 2005, Steve Sykes sent me several Cephalotus plants. This clone has a nice dark coloration. The photos below were taken on 4 August 06. 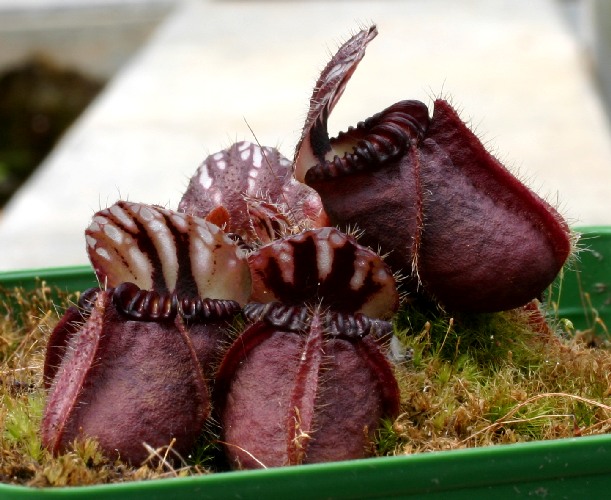 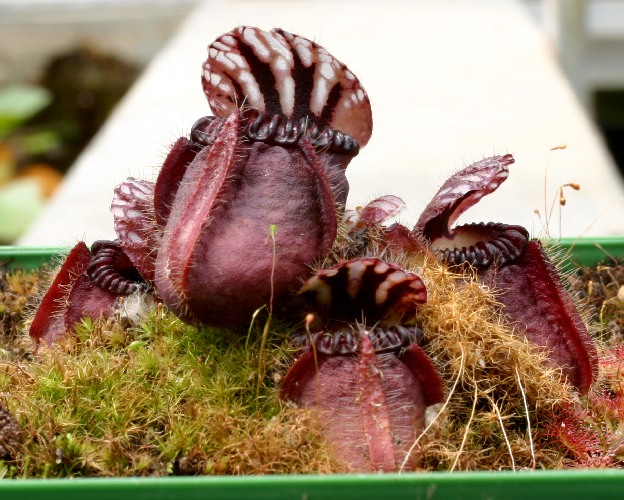 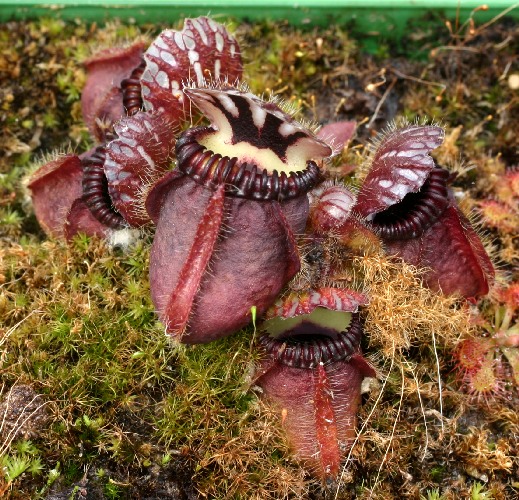 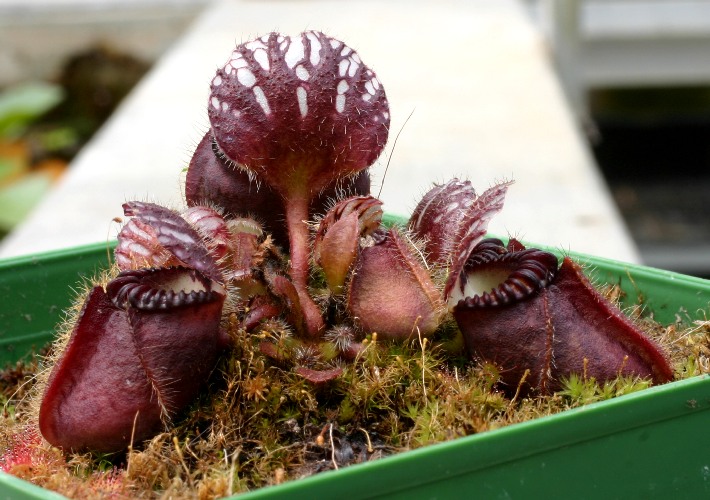